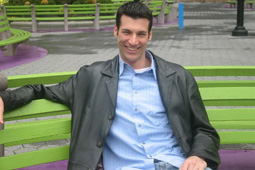 John graduated from the University of North Carolina, Greensboro with a Bachelor’s degree in Finance. Like many graduates, he had accumulated a lot of debt. John’s debt reached over $30,000. His first job out of school only paid him a small salary. It was obvious that John needed a second job to keep up with his growing debt. “I remember coming home from my first job and only having an hour to eat dinner and get dressed in order to get to my second job. I would come home late at night absolutely exhausted and was still living paycheck to paycheck,” he recalled.

John moved to New Jersey to accept a Senior Financial Analyst position in the banking industry. Unfortunately, only after 11 months, he was laid off due to a bank merger in December 1999. “I was shocked when they told me not to come to work anymore. I didn’t see it coming. It was my first wake up call that a job may not offer the security I was looking for,” he stated. 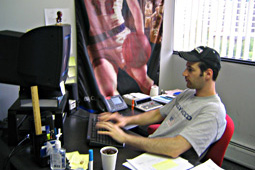 Eventually, John was hired by the National Basketball Association as a Finance Manager. He worked at the NBA offices in both New York City and New Jersey for almost seven years. Although, he was getting paid more money than his previous job, he still couldn’t keep up with his debts and the extra costs of living in one of the most expensive cities in America. “It seemed like all my checks went towards bills,” he remembered. Yet, again, John opted for part-time employment so he could get ahead of his debt.

John was quickly getting tired of working two jobs and knew that the professional perks and income of his full-time career would not bring him the happiness he was searching for. “Working at the NBA was cool. But I didn’t have a standard 9-5 job. There were many times that I worked late at night during the busy parts of the season. Then at the end of the year I would only receive a 2-4% raise for all my efforts. There must be a better way,” he said. 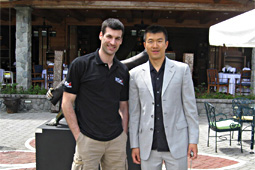 John was drawn to a variety of options for making additional income. Eventually, he turned to his friend Simon Chan who used to be a Manager at the NBA and also a former NBA Sports Agent. Simon introduced John to a publicly traded company called USANA Health Sciences. USANA offered John a way to make additional income without commuting. He could work his own hours without a boss telling him what to do, as well as claim tax deductions associated with operating a home based business (For more information about what tax deductions you may qualify for by owning your own business, please consult your local tax professional).

At first, John started using the USANA products. “I always valued my health by taking supplements and exercising. This company seemed like a good fit for me. I was immediately impressed by USANA’s products and by the vision of the founder, Dr. Myron Wentz. I saw USANA products as a great way to support my health. I instantly believed in the products and wanted to recommend them to others.” 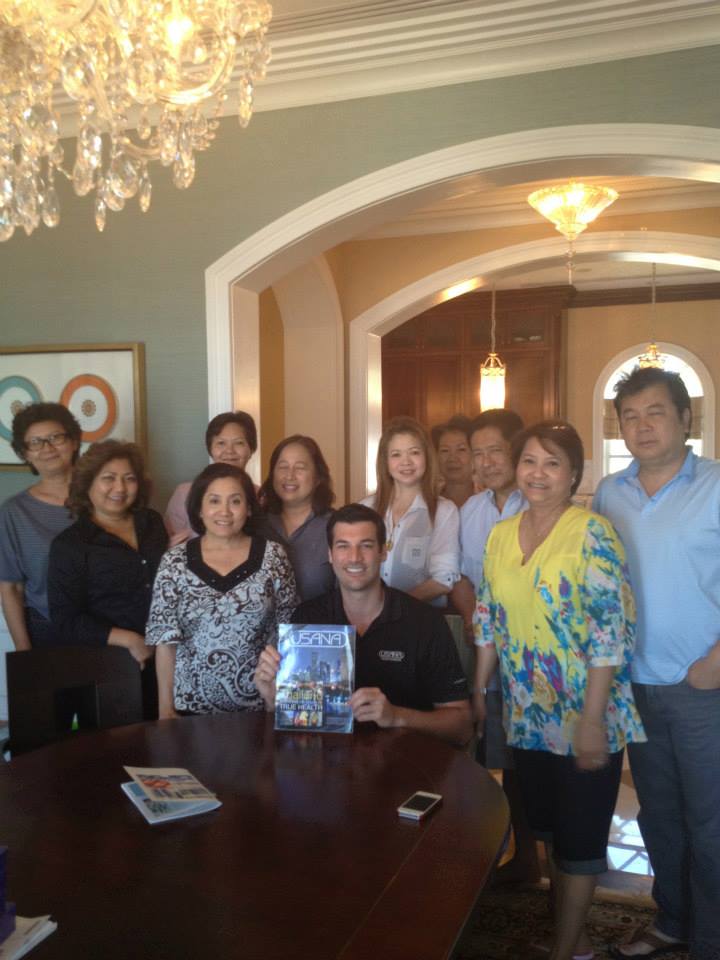 John had no experience running a USANA home-based business and wondered if he could be successful in an industry where he had no skills or knowledge. But after viewing a USANA presentation, he saw all the support that he would receive from his sponsor Simon Chan and the team. “The training and support were absolutely amazing. If I had owned a traditional business, then who would have trained me? In USANA there was a step-by-step training program that taught me how to be successful. I saw average people making extraordinary income and felt I could do the same thing even though I didn’t have any experience,” stated John.

John started working his business part-time in addition to his full-time job. It was very challenging in the beginning because he couldn’t figure out how to carve the extra time out of his day to dedicate to his USANA business. His biggest challenge was managing his time with a full-time job and personal obligations. John stated, “The day would fly by. Before I knew it midnight came again and I was wondering what happened to the day. I just couldn’t figure out how to dedicate extra time to my USANA business.” John was able to overcome this challenge by attending training. He learned valuable success habits that taught him about consistency and working on his business in pockets of time during his day. He realized that he was doing several activities that weren’t making him money such as watching tv, listening to music during his commutes, and going out at night. Once John learned to focus and treat his USANA business as a priority is the day his business exploded. He learned how to leverage his efforts through a USANA business system that created residual income. John was able to pay off all his loans in just the second year of joining USANA. “I’ll never forget the day I wrote my last checks to pay off all my bills. It felt like a giant elephant came off my back. I had a new life. The feeling of having no debt is amazing,” he recalls. 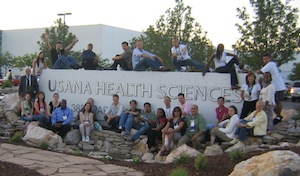 Eventually John’s part-time business turned into a full-time income. Therefore he left Corporate America in 2006 to pursue some of his dreams. “Since college I’ve always wanted to travel the world but never had the time or the money at the same time,” he recalls. Since leaving his job, John has built a USANA business in eight countries. Not only was he able to visit all eight countries but he was able to live in some of them as well. “My life today doesn’t even resemble the life I had when I was commuting to work and coming home late at night. I officially have time freedom. It is a wonderful feeling to do what I want, when I want. The travel opportunities have been amazing. It is a dream come true.” he said 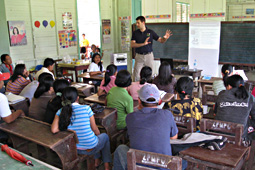 Today, John has a thriving global USANA business. He has established himself as a leader, trainer, and mentor in USANA. He has coached top income earners, top preferred customers enrollers, and top associate sponsors. Each week John and his team shares Dr. Wentz’s vision of true health. They have made a tremendous impact on the lives of many people by improving their health and their income. 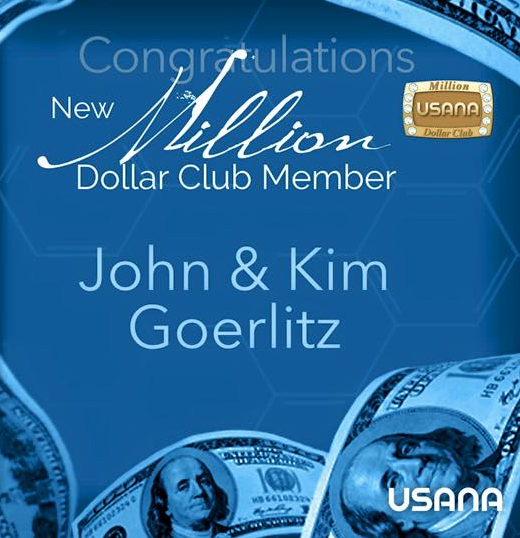 USANA Million Dollar Club (Week of 2/19/16)
Joining the Million Dollar Club was one of my long-term goals because I knew it recognized Associates who were committed, consistent, and continually growing. When I think of being a MDC member, I realize it’s a talented group of people who have made a difference in the lives of many others. The members have overcome great challenges and made great sacrifices to help others, but the rewards are worth it. I want others to know that success doesn’t necessarily come from a traditional career path. I can’t help but to reflect on all the incredible team members that worked alongside me, as well as the tremendous support I received from my family. Achieving the MDC was a team effort.

Top Fortune 30 (Week of 4/28/15)
John team continues to make an impact on the lives of others. He made it to #16 on USANA’s Top 30 Fortune report. This means that out of all the Associates in the United States, John was one of the top income earners in the United States. 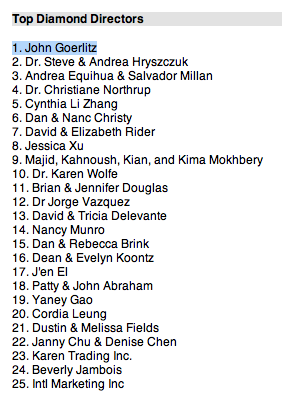 Diamond Director – Top 25 Income Earner (Week of 4/28/15)
John continues to move up the ranks in USANA. He is currently a Diamond Director and made it to #1 on USANA’s Top 25 Income report. This means that out of all the Associates in the United States, John was the top income earner out of anyone in his rank. 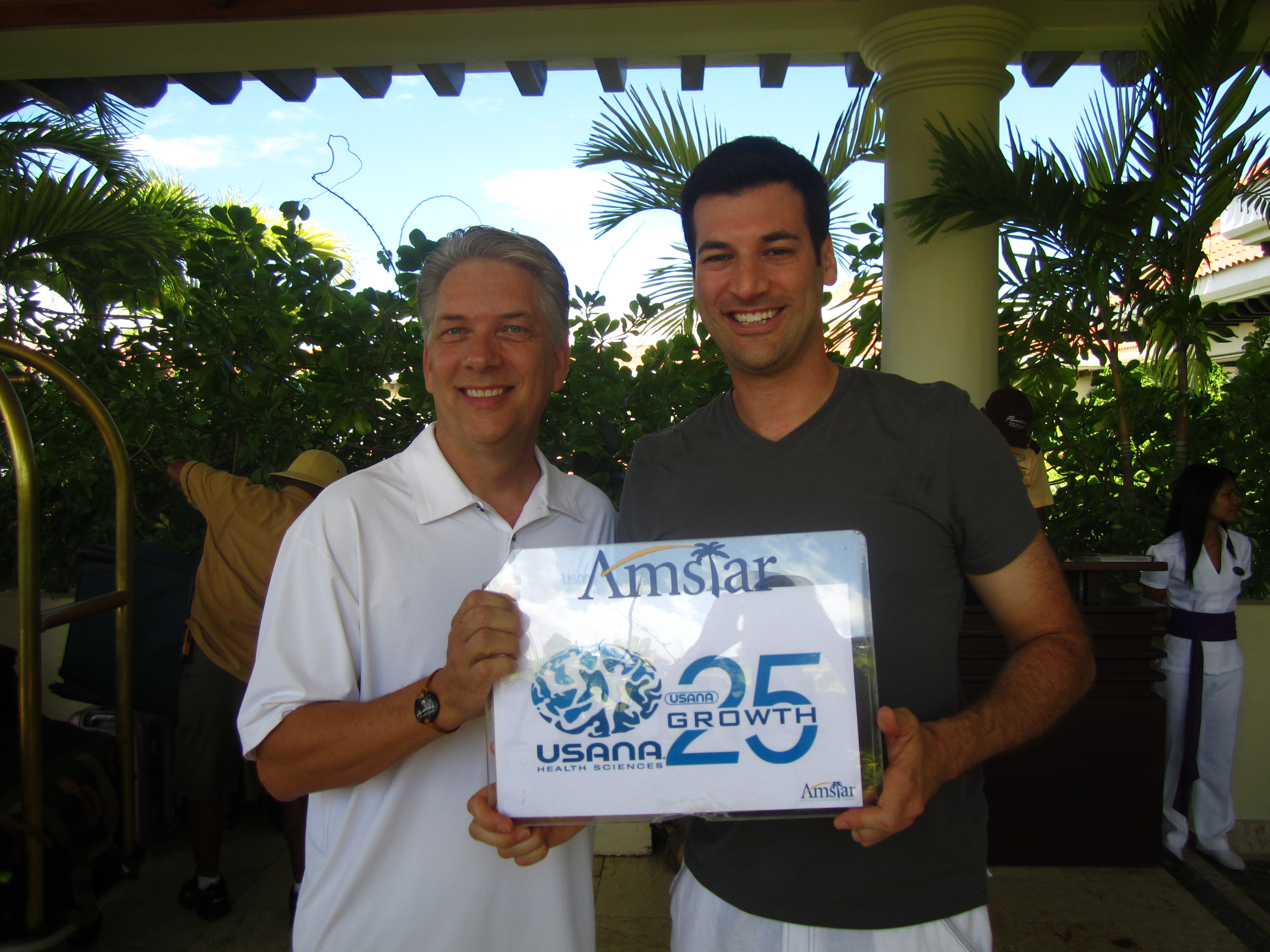 Growth 25
John joined USANA’s exclusive 2012 Growth 25 retreat — awarded to the 25 Associates in North America who grew their business the most over the previous year. John was rewarded with an all expense paid vacation in a beautiful resort in Punta Cana, Dominican Republic. 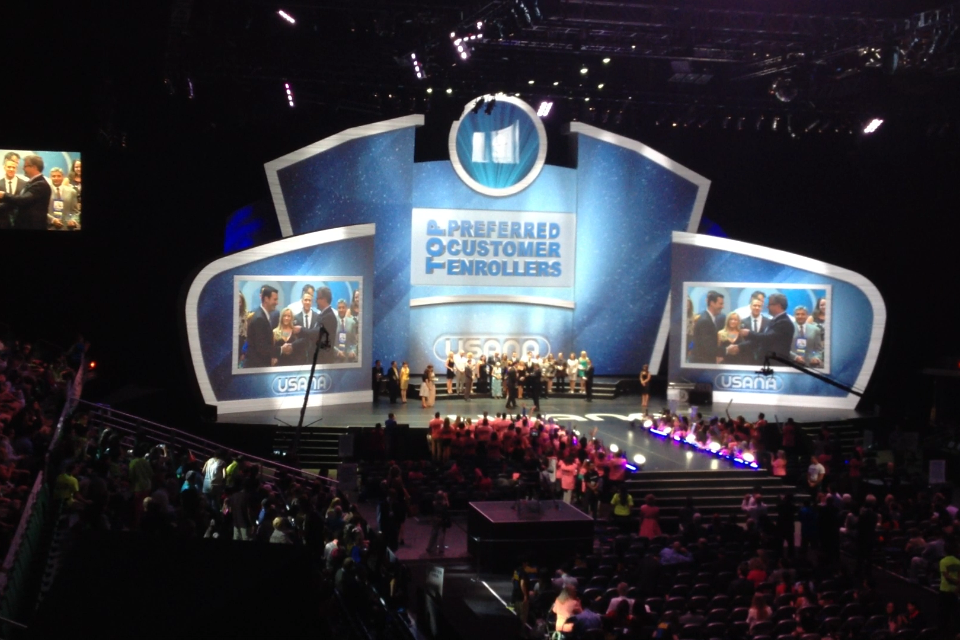 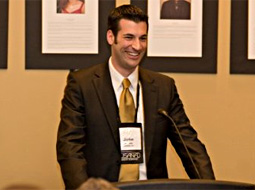 Gold Retreat John was able to achieve one of the top rankings and leadership positions in the company. This is rewarded with an all expense paid skill building vacation near USANA’s international headquarters in Salt Lake City, UT. 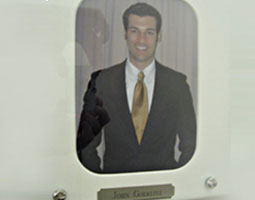 Corporate Wall of Fame USANA showcases all of their Associates who achieve the rank of Gold Director or above on the corporate Wall of Fame. This is a prestigious recognition wall that is filled with the top leaders in the company. The wall is located in a hallway that leads visitors on a tour of USANA’s state of the art manufacturing facility. Thousands of people see John’s picture among USANA’s elite every year. 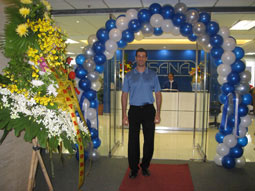 New Market Launches John has several years of experience building an international business. He was a part of USANA’s market launch in Malaysia in 2007 and the Philippines in 2009. He lived in Malaysia for a total of six months and worked closely with team members there and in the neighboring country of Singapore. He also lived in the Philippines for almost a year. John was a key component in helping his team flourish in each market. He provided health seminars, training, and mentoring to team members and potential customers on a weekly basis. 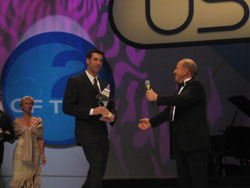 2006 Top 100 Sponsor John was among the top 100 out of over 150,000 Associates worldwide when it came to building a team. John was among the best in introducing the home-based business component of USANA to people then teaching them how to earn by selling USANA products to customers. 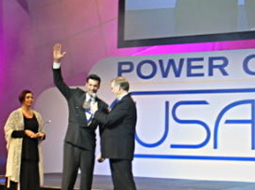 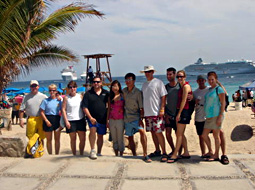 USANA Games Winner This was an incentive contest where John’s team ranked #1 out of the hundreds of teams competing in North America. His team won an all expense paid trip to Cabo San Lucas, Mexico

USANA Top Growth Winner This was an incentive contest where John’s business was among the top 20 businesses out of over 150,000 Associates that grew the fastest during a specific time period. He won an all expense paid vacation to Salt Lake City for the weekend to watch the band Police in concert.

*If you have already been in contact with another USANA Associate, we encourage you to contact that individual for more information

$93,000 is the average yearly income for an established, full-time USANA Associate. $24,500 is the annual average of those who earned as little as one commission check each month. Total includes all earnings from the Compensation Plan, Leadership Bonus, Matching Bonus, contests, and incentives. Calculations based on earnings for fiscal year 2009. Figures should not be considered as guarantees or projections of actual earnings, which result only from consistent, successful sales efforts. To be considered in a rank’s earnings, Associates must have earned checks at a median rank for at least 20 weeks. According to results from an in-house survey taken between 2004 and 2006, the primary reason 17% of USANA independent business owners join the company is to improve their financial future. 21% of that group earns a check at least once a month. Of those whose primary reason is to earn enough to replace a full-time income, 90% have been Associates for at least one year and 57% are full-time Gold Directors and above. The number of Gold Directors and above who have maxed at least 1 Business Center during the year equals less than 1% of all Associates. Those earning as little as one check a month equal approximately 3% of all Associates. If you include all 165,710 with the title of Associate, which includes Associates not actively building a business (acting as wholesale buyers), Associates who just joined, (as little as one day), and those who are just beginning to build their customer base, the average yearly income is still $616.71 with nearly one in three earning a check. To date, USANA has more than 140 Associates who are lifetime Million Dollar Club members.)